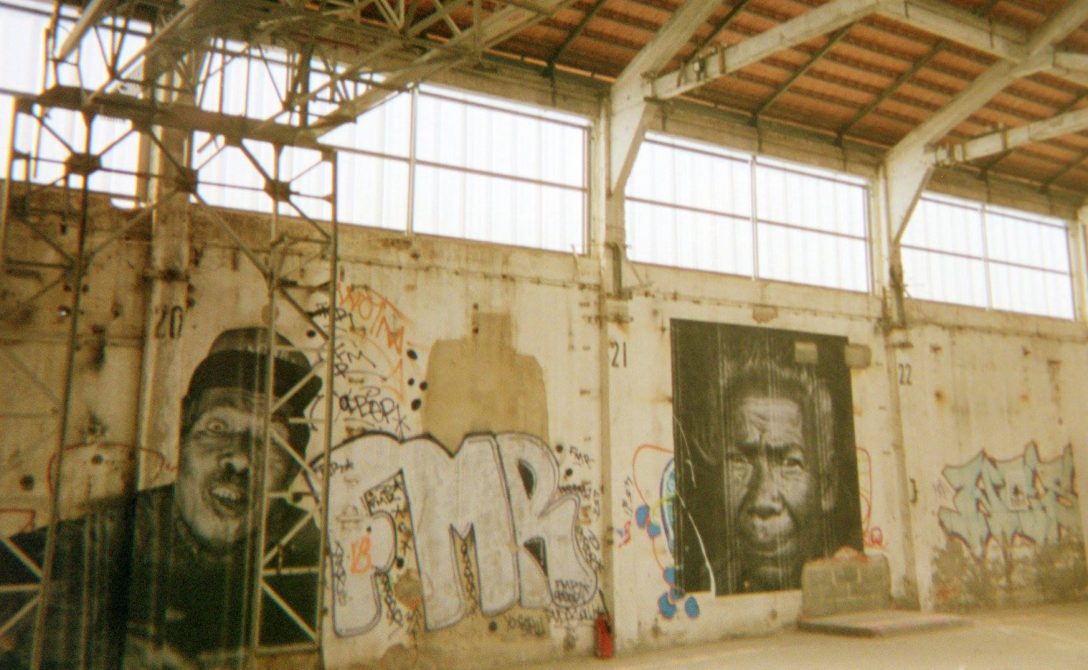 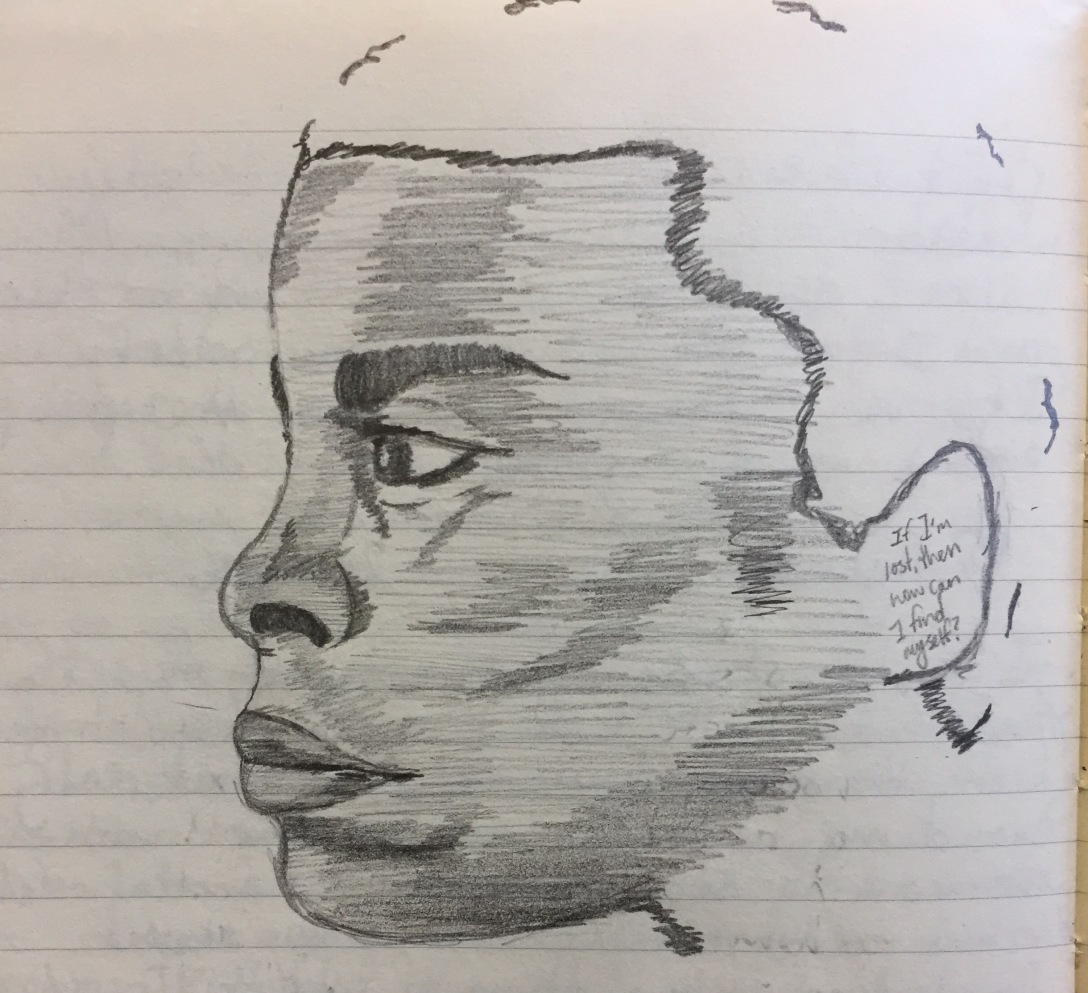 It is difficult to be a free, Black artist in 2017 or in any year for that matter. I cannot, in good faith, say that Black artists of the present face more numerous or fewer challenges than those of the past, but the act of surrendering one’s art for public- and often white- consumption takes on new meaning in an age characterized by continuous and immediate critique. If on any given Saturday night, a singer was to walk onstage as Nina Simone did in 1976 at the Montreaux Music Festival, take a deep and dramatic bow, and stand silently at attention to the crowd for an entire minute, she would do so with thousands of phone cameras flashing. Those images would immediately transfer to a number of social media platforms and within seconds, millions of people might have conjured a response to the single, simple act. This act of resistance, cutting at the cage that traps every black artist, would face immediate backlash by millions for fear of what occurs once the Black artist breaks free.

Audiences very rarely want Black performers to prove their humanity. Many fully commit themselves to denying the uncomfortable truth that once a Black performer stops performing, despite her talent or wealth, her Blackness remains- not only the rhythm or soulful tone, but also thoughts and feelings of joy and pain born out of a history pregnant with injustice. White fear placed hurdles when Billie Holiday first attempted to perform “Strange Fruit” and brought Lauryn Hill’s career crashing down when after producing her debut album, which won a Grammy for Album of the Year in 1999, she released a live acoustic follow-up perforated by a tearful collapse and didactic breaks between songs. Black artists exist, for the most part, as slaves to our culture. Audiences drain them of creativity and, more precisely, of love- in my opinion- then throw those artists away, rung dry of any life force. To be a truly great artist is to give one’s whole self to creativity. So, as audiences absorb art in its many media and do little to restore the artist as a human being, they effectively work at killing that figure by willful neglect.

James Baldwin once asserted that America and the world will be free when Black love subsumes white hatred. The kind of love that Baldwin described is not a love reliant on displays of affection and adoration. Instead, it exposes its object to difficult truths and forces that object to apply truth to itself and to its surroundings. Throughout history black artists who dared love white people through their work by speaking truth risked and suffered literal and/or artistic death. That history is present and visible in the lives of contemporary artists such as Kanye and Solange who persistently love with truth. And while they experience astounding popularity among white audiences, it comes with a cost.

I love James Baldwin for all of his thoughts and writing. But his assertion, that it’s only by black people loving white people that America can be set free, is flawed. It won’t be enough that white people acknowledge and embrace the truth. If black people are to survive, white people will need to give something beyond reparations—that is freedom from their self-conscious oppression. An oppression born out of the belief that without systems designed to affirm white value, their value is made null.

Over time, Black artists have consistently reminded us that it is a cruel reality, which allows black people to find their only hope in mining goodness beneath centuries of systemic racism. The Last Poets’ “Hands Off” performance describes a nameless figure before asking, “What manner of man is this, my friend?” to which the speaker answers “needless to say he’s white” and continues,

So take your hands off of me, white folks, I’ve done you no wrong. I’m only guilty of making you strong. I’ve built all of your cities and I’ve worked in your mines. I’ve fought to protect you many a time…I taught you to dance and I taught you to sing. You repaid me with treachery and slavery and chains.

It is an admission of the love that the Black American has long given white people only to receive deceit and imprisonment throughout all of history. This Black love, as The Last Poets explain, made white people strong. It built their cities and nurtured their children. For free. And yet present day slavery exists in the form of the prison industrial complex, and evident treachery persists—the election of a candidate supported by the Klu Klux Klan just after the country’s first African American president served two terms and the acquittal of every police officer who shoots an unarmed black man or child.

These are the ugly facts that Black people must heal with love. It would seem that as news networks and social media feeds project such events and imagines, the truth is apparent. Anyone who cannot see that truth does not wish to see it. It’s as if a certain cognitive dissonance abounds, a willful ignorance that bars white people from returning the love that is so freely given.

Let’s look at Kanye, arguably the most prominent Black artist of today. Kanye is, in many ways, the black community giving its love to white people and receiving very little in return. Onstage at the 2015 MTV Video Music Awards, given thirteen minutes to spend however he pleased, Kanye said that he does not enjoy awards shows. He also confessed, “I just wanted people to like me more. But fuck that, bro! 2015. I will die for the art—for what I believe in—and the art ain’t always gonna be polite.” (http://www.mtv.com/videos/misc/1231121/kanye-west-vma-vanguard-speech.jhtml) His message illuminates the struggle he faced over more than a decade of giving his art and receiving mostly criticism in return. At the start of his career, Kanye famously responded to Hurricane Katrina by stating, “George Bush does not care about black people” (https://www.youtube.com/watch?v=zIUzLpO1kxI) and since then he has increasingly shied away from the added punishment that comes from being a black artist who speaks against injustice.

So often Black artists are told to gag themselves if words against injustice rise in their throats because those are not what they get paid to speak. Solange’s album, A Seat at The Table, was hailed in 2016 as an album consumed by Black self-care. In the past month, she revealed its inspiration. In 2013, Solange called out white critics’ credibility to critique a Black art form when she expressed that if they don’t know who Brandy is, they shouldn’t speak on R&B music. A New York Times writer, feeling targeted, took to his podcast with another white, male writer to say that he had been to a Solange concert and seen her audience (a reference to her large white following), and that she should be careful not to “bite the hand that feeds her”. Solange’s response was to do just that.

Returning to Kanye—he gave himself to his art and to loving people who do not often return the favor. For that he has suffered “temporary psychosis” which recently sent him to the hospital for some weeks.

In order for Black people to be liberated and liberate their country, be it Kanye West or any other black artist, they must bite the hand that feeds them and see that as an act of Baldwinian love. By biting the oppressor, they force him to feel, and to bleed, and to eventually heal. However it is imperative that we demand love in return. Once white people truly know and feel the harm that they have caused, and can put that harm into their own words, then America will know freedom. So Baldwin is right to encourage love, but to say that in a liberated future white people will only be the receivers is simply incorrect, as Black people have been giving and white people have been receiving for a long time. It’s time Black people get love back. Only in this instance will America be free.